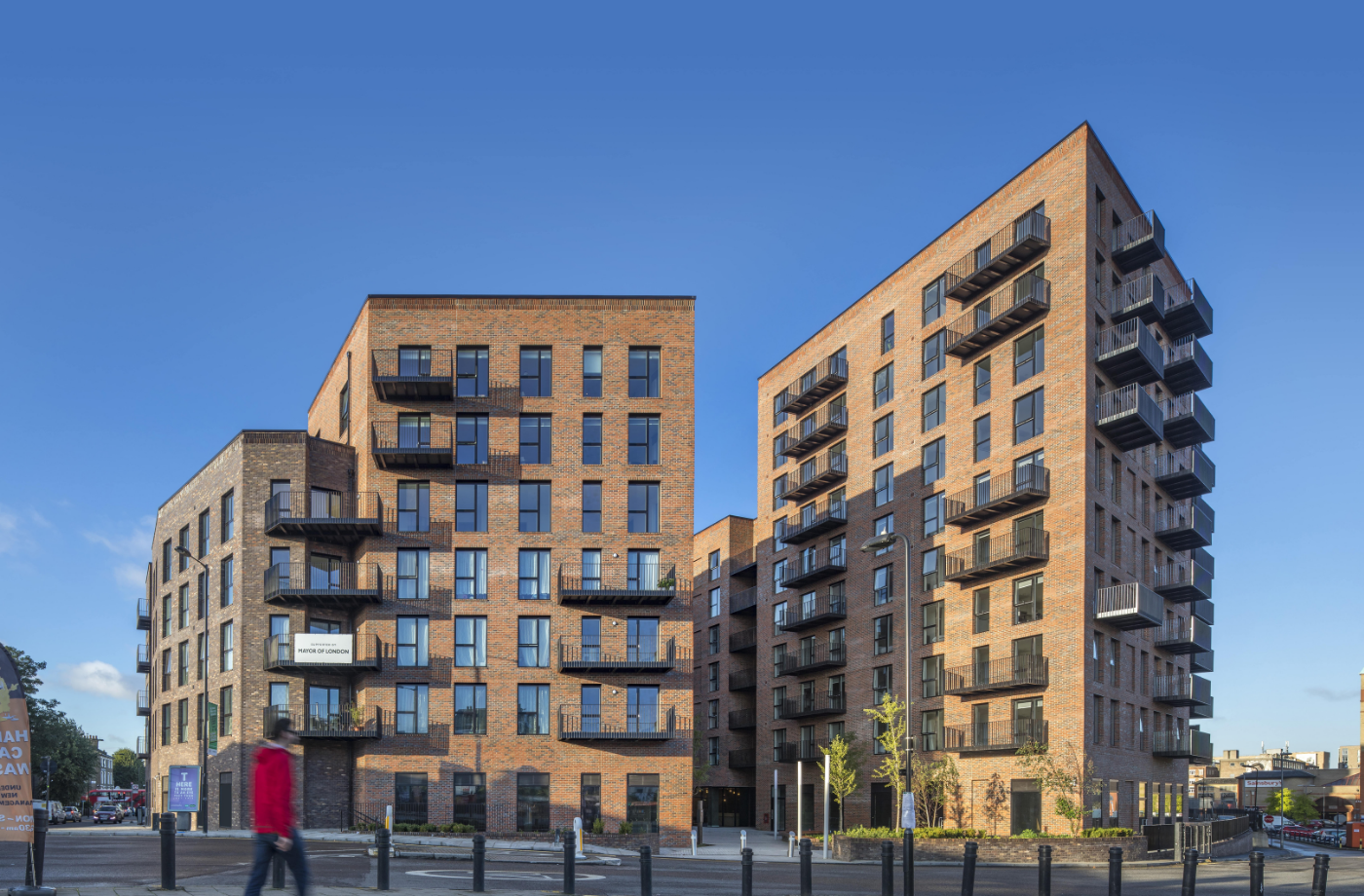 In the interview with Dominic Lion on this site, he talked about ‘the largest cross laminated timber residential structure in Europe’, which his company, Gallagher still insure. He was referencing the Dalston Lane project, a residential unit commissioned by Regal Homes and designed by Waugh Thistleton Architects. The structural timber elements were supplied by B&K Structures. Here, they describe their involvement in the project.

Standing at 33.8 metres at the highest point – at the time of completion, Dalston Lane is the largest load-bearing timber structure in the world. In line with Hackney’s timber first approach, from the external, party and core walls, right through to the floors and stairs – the landmark development is made of CLT.

Ranging from five to ten storeys – the Dalston Lane brief incorporated 121 residential units of contemporary style one to three-bedroom apartments – spread across nine floors and totalling a gross external area of 11,591m2.

Although chosen for its sustainable and aesthetic properties, there was an explicit need for the project to fit in with the local environment. The building’s intricate brickwork was incorporated to reference both the surrounding Victorian and Edwardian housing and the craftsmanship-like detailing of the local warehouses.

The most significant challenge of the build was creating an imposing, multi-floor building on a project that was so close to HS1 and Crossrail tunnelling. Because of its proximity, piled foundations were ruled out early on which meant the weight of the build would be affected by the loading restrictions.

The solution to this challenge was largely solved by the building materials used. Supported by a raft foundation, the robust, yet lighter cross-laminated timber structure was a major benefit to the Dalston Lane project. Using cross-laminated timber as the core structural solution permitted 35% more homes to be built within the loading restrictions, offering the developer a better return on investment.

The structural benefits of cross-laminated timber include its loadbearing capacity when used as a wall or slab, together with its superior acoustic and performance properties. Cross-laminated timber is five times lighter than concrete and distributes concentrated loads as line loads at foundation level.

As the world’s largest load-bearing CLT building, with the greatest volume of CLT in one contiguous structure – the Dalston Lane project timber usage is calculated at 4,649m3, with only seven tonnes of steel beams. The minimal reliance on materials like steel is a feat of engineering in itself.

To put this in perspective, the carbon embodied in the building, is equivalent to the emissions produced by 1,703 cars over a year.

Dalston’s choice of material paid dividends for the developers. By using CLT, the site received 589 less deliveries than that required by a concrete build. Furthermore, an additional 3 storeys were added because of the 8,000 ton weight difference. Had the structure been concrete, there would have only been capacity for 106 flats instead of 141.

This article and images are reproduced by kind permission and remain the copyright of B&K Structures. More details can be found here:
https://www.bkstructures.co.uk/case-studies/dalston-lane 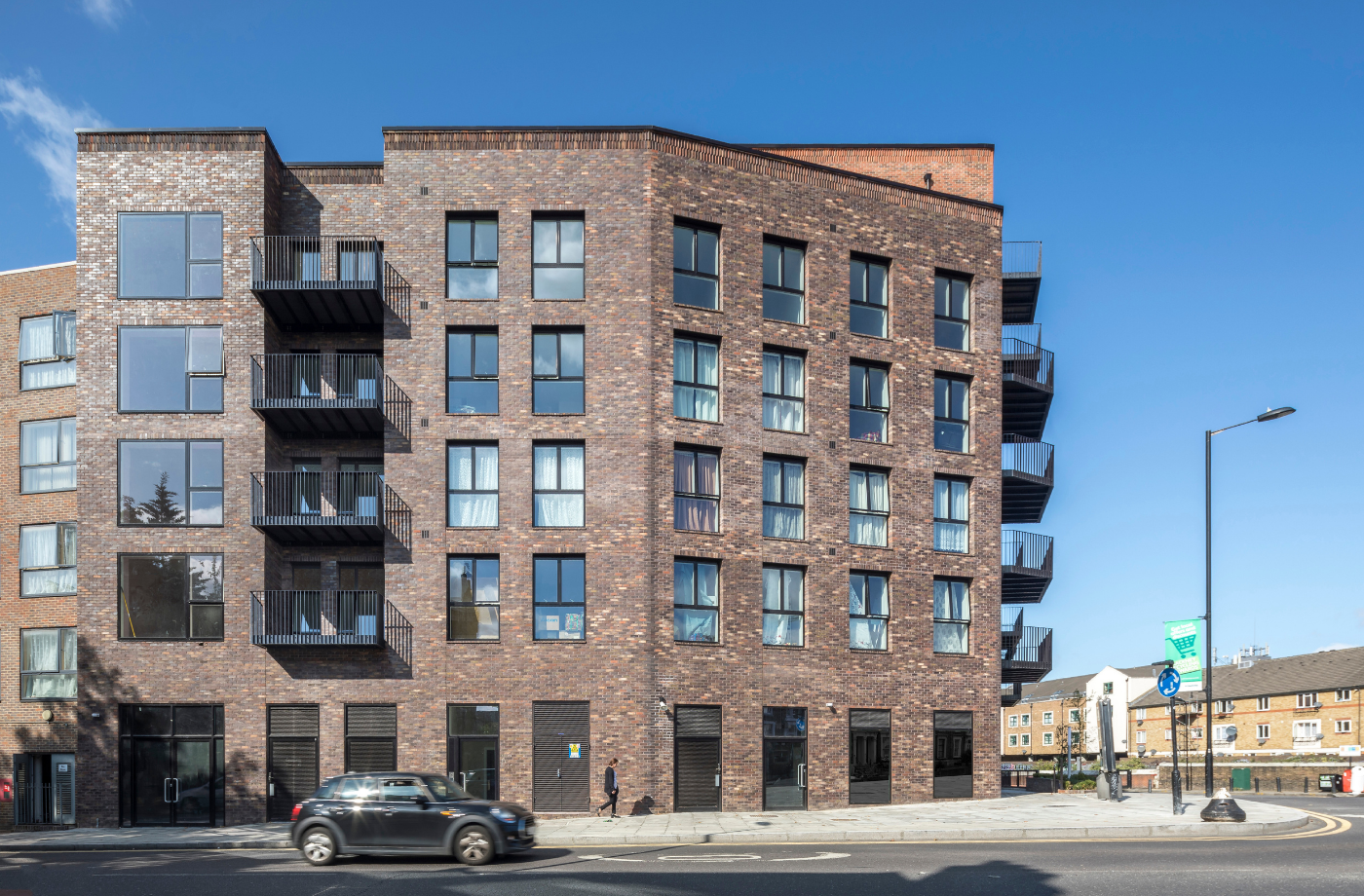 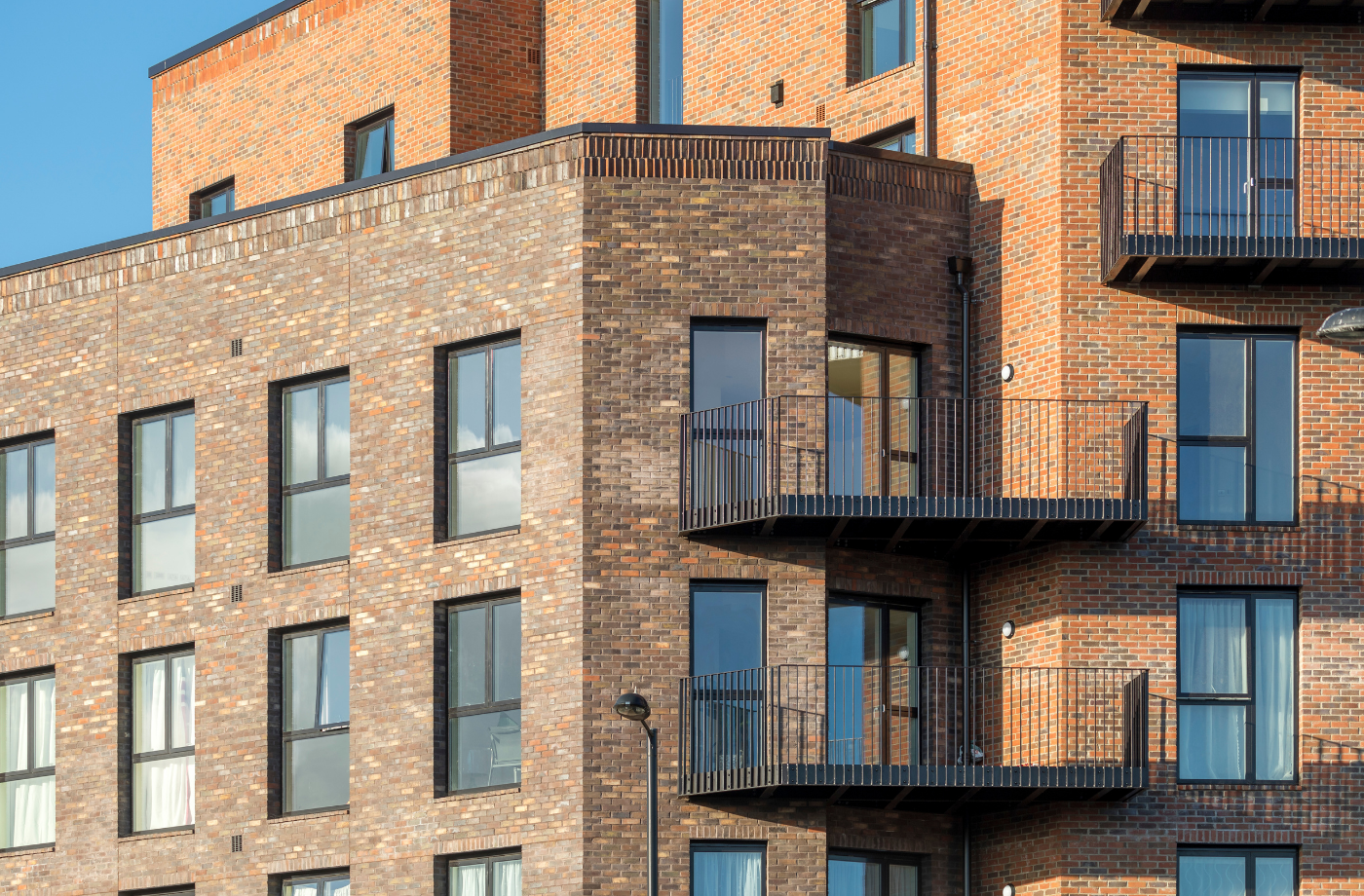 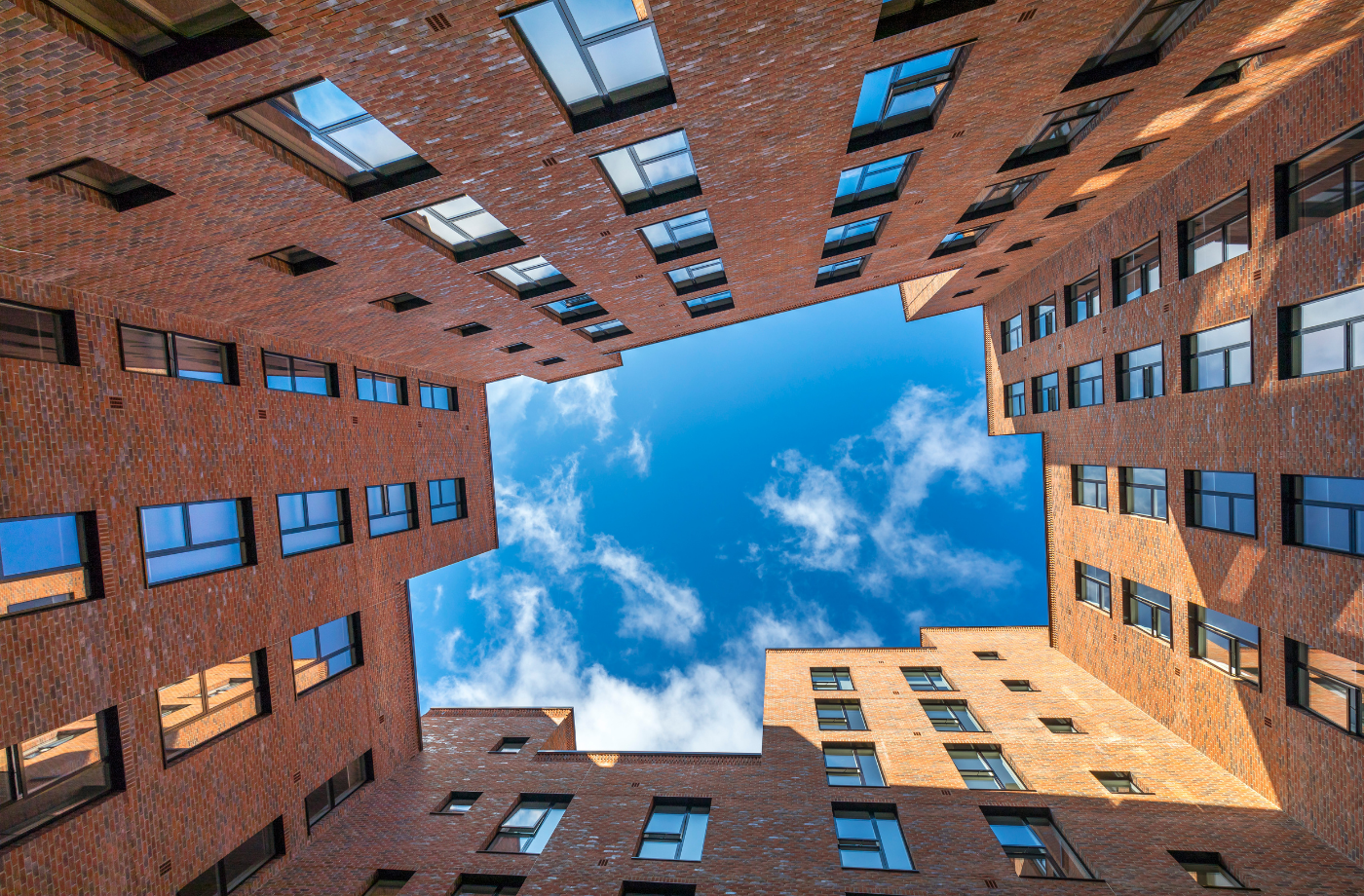 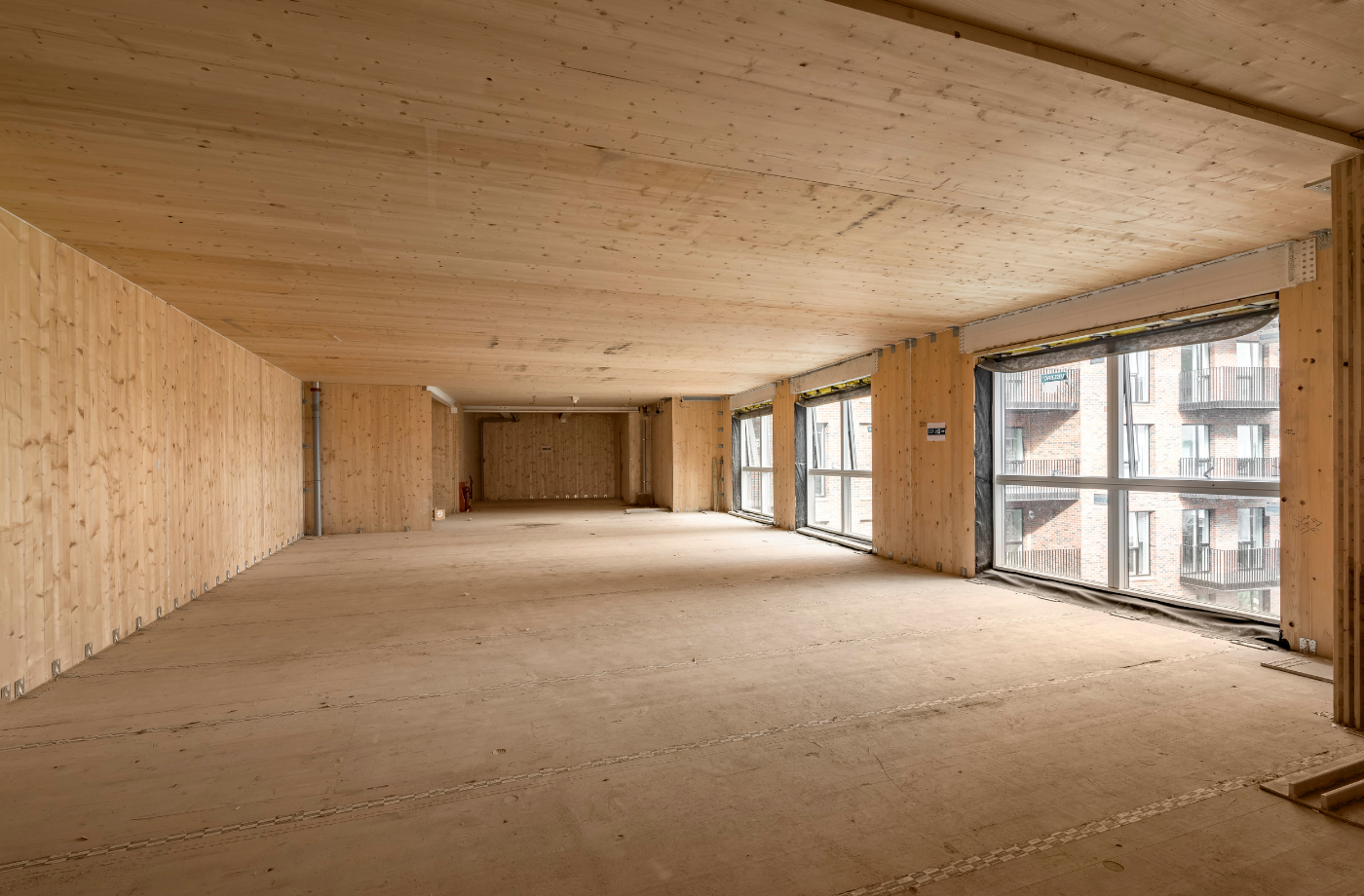